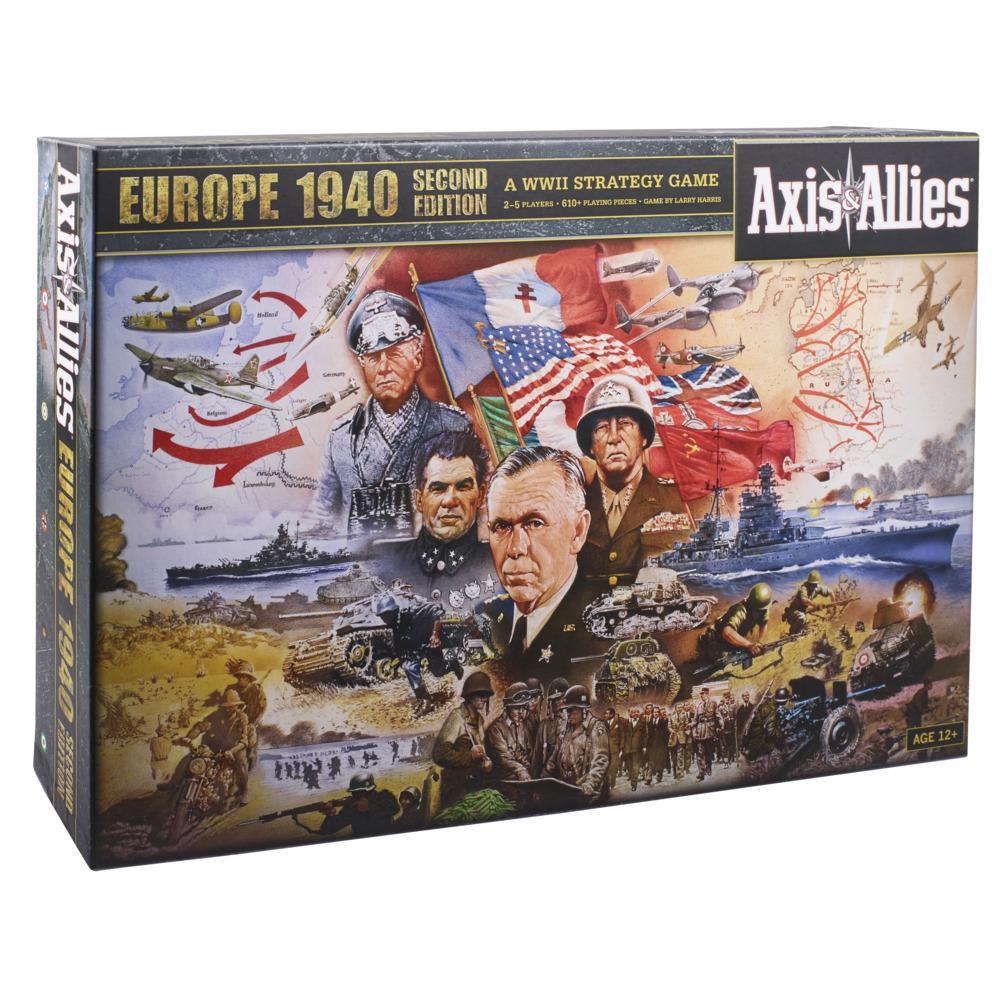 The Avalon Hill Axis & Allies Europe 1940 board game builds on the success of the acclaimed A&A Anniversary Edition. It's a stand-alone game that can also combine with Axis & Allies Pacific 1940. (Sold separately. Subject to availability.) It includes over 550 combat forces, local storage boxes, and an oversized board that measures 35” x 32". The game includes neutral countries that can be invaded, and mechanized infantry and tactical bombers are included. This World War II strategy game can be joined with the Axis & Allies Pacific 1940 game (sold separately) to create a 6-player game on a map measuring 70" x 32" (178 x 81 cm). The tabletop game is for 2 to 6 players, and playtime is about 6 hours. Avalon Hill and all related trademarks and logos are trademarks of Hasbro, Inc.

•DELUXE VERSION: The Avalon Hill Axis & Allies Europe 1940 cooperative board game is a deluxe version of the Axis & Allies Europe game originally released in 1999
•LEAVE YOUR MARK ON HISTORY: Play as Japan, China, the U.S., U.K. or ANZAC (Australian- New Zealand Army Corps) forces. Team up and compete to develop better weapons, conquer territories, and more
•STAND-ALONE OR COMBINE: Can be played as a stand-alone game or combined with the Axis & Allies Pacific 1940 tabletop game (sold separately, subject to availability) to create one huge Axis & Allies experience
•OVER 600 GAME PIECES: The game includes over 600 plastic miniatures plus models for tactical bombers and mechanized infantry not seen in other editions before this
•IMMERSIVE NARRATIVE: Experience an exciting night of tabletop gameplay! This World War II strategy board game is for 2-6 players, ages 12 and up, and takes about 6 hours to play