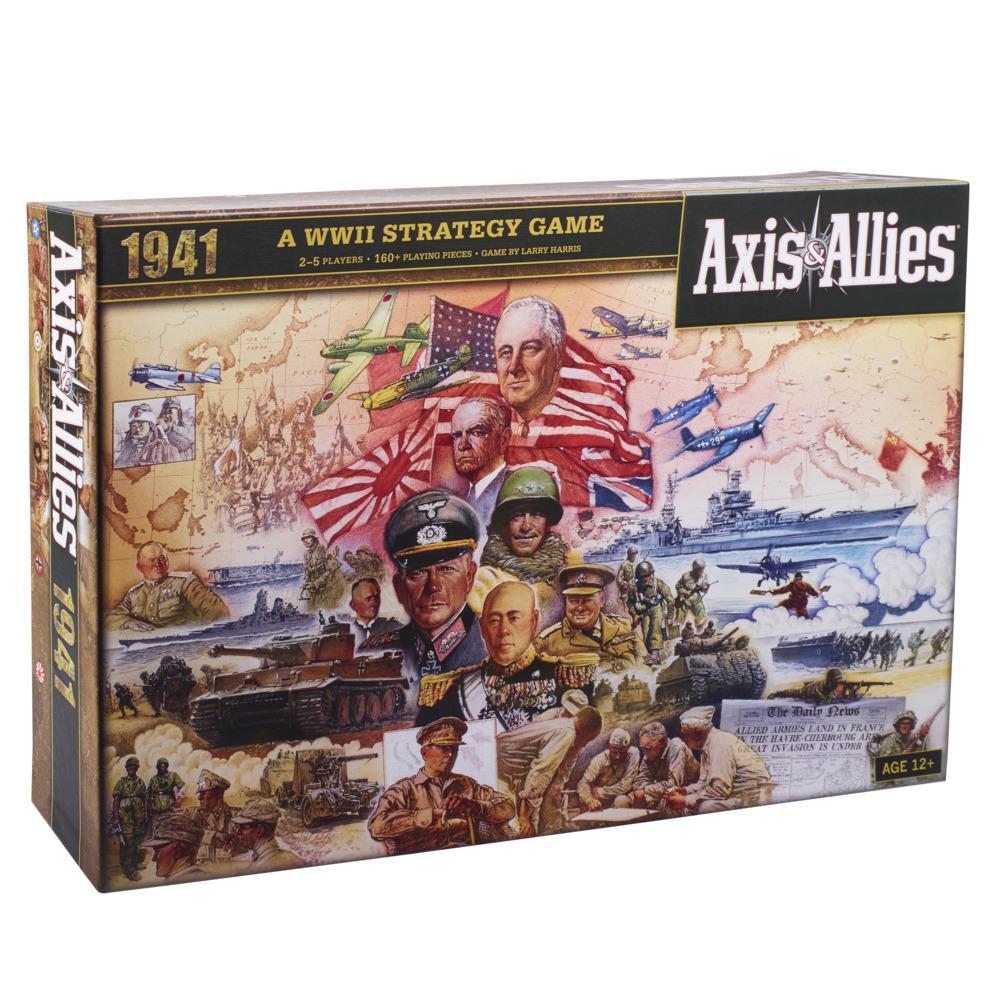 •STRATEGY BOARD GAME: The Axis & Allies 1941 game is designed for quick setup and streamlined gameplay. It's an awesome entry into the Axis & Allies world and is great for seasoned players too
•CHANGE THE COURSE OF HISTORY: Choose to play as one of 5 major powers. Victory goes to the side that conquers its opponents on the field of battle, and liberates or occupies the greatest cities of the world
•FAMILIAR MECHANICS: Utilizes the Axis & Allies game mechanics present in the previous Avalon Hill Axis & Allies 1942 2nd Edition (sold separately) as designed by Larry Harris (the creator of the original game)
•DETAILED MINIATURES GAME: Expand your collection of detailed miniatures! This edition includes sculpts that can be used in other Avalon Hill Axis & Allies strategy board games (sold separately.)
•IMMERSIVE NARRATIVE: Experience an exciting night of tabletop gameplay! This World War II strategy board game is for 2-5 players, ages 12 and up and takes about 120 minutes to play