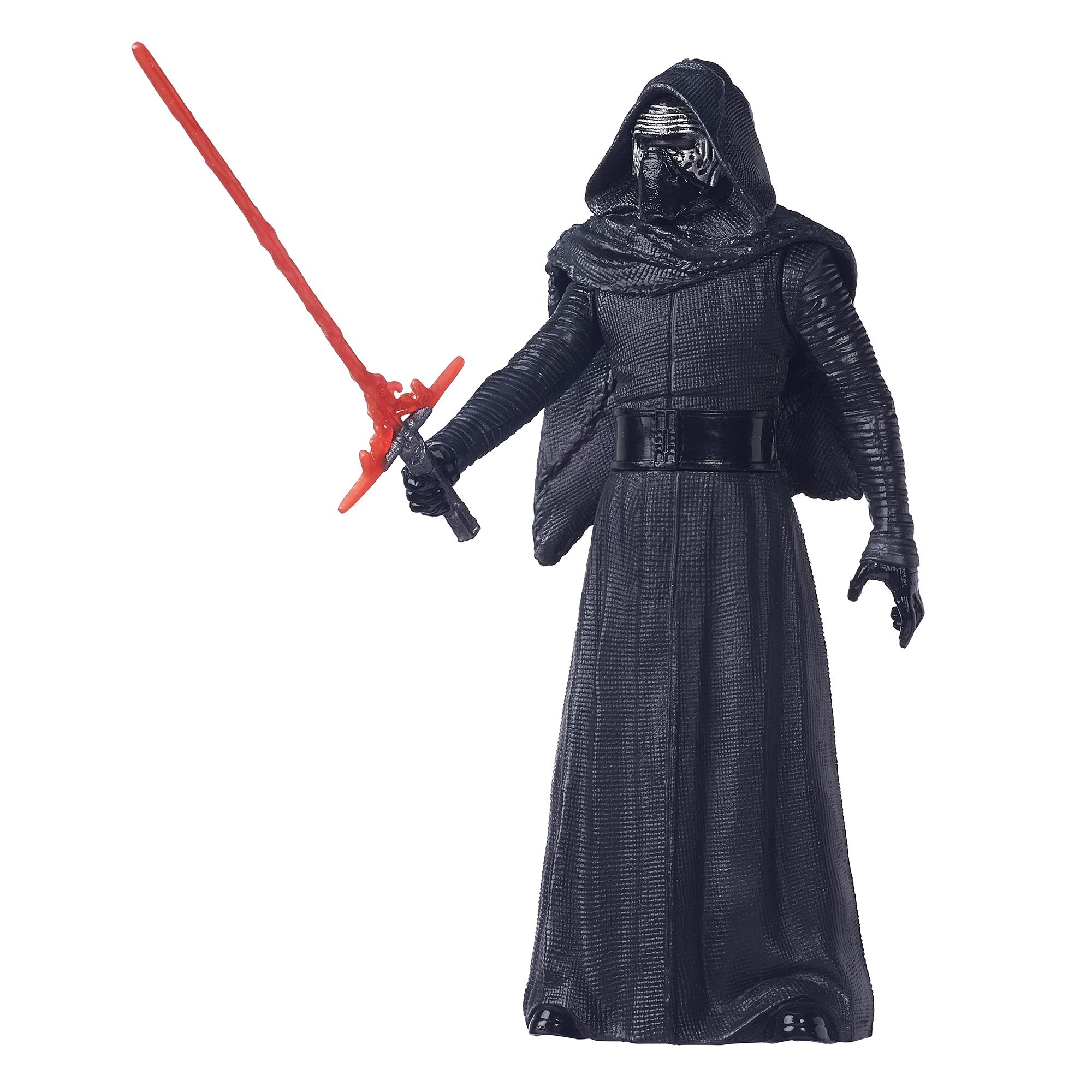 A dark warrior strong with the Force, Kylo Ren commands First Order missions with a temper as fiery as his unconventional lightsaber.
Imagine being at the center of the greatest space battles in the universe with these 6-inch figures from Star Wars! Featuring movie-inspired design and basic articulation, the figures in this series allow fans and collectors alike to imagine the world of Star Wars in action! Recreate favorite moments of excitement and intrigue from the Star Wars universe, or imagine new stories and missions!
Includes figure and accessory.
• 6-inch scale Kylo Ren figure
• Inspired by the character from Star Wars: The Force Awakens
• Recreate adventures and scenes from the Star Wars universe
Figure scale: 6 inches
• Ages 4 and up
• WARNING: CHOKING HAZARD – Small parts. Not for children under 3 years.