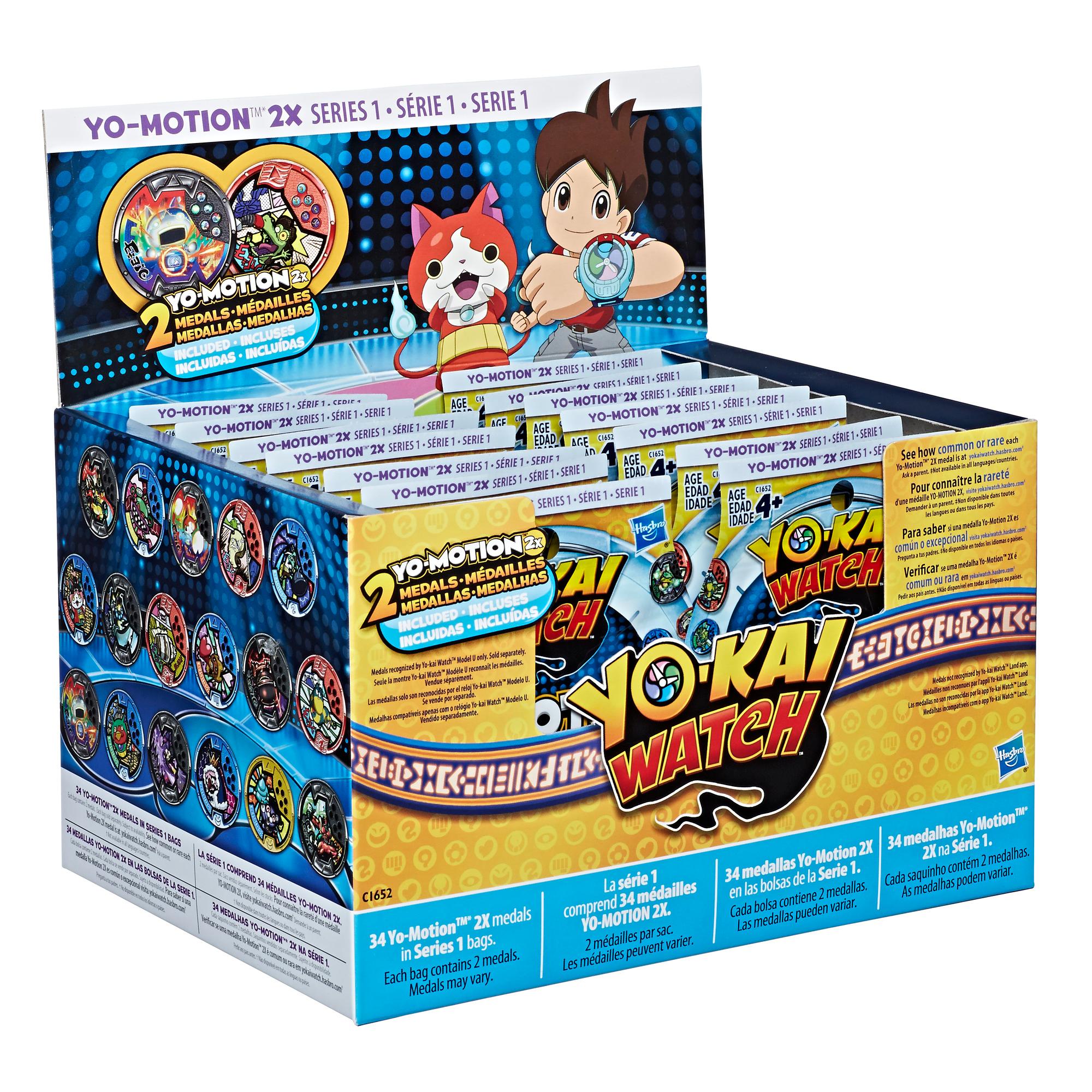 Kids can pretend to summon mischievous Yo-kai characters from the animated show by placing a Yo-Motion 2X Medal into the Yo-kai Watch Model U toy. The Yo-kai Watch Model U toy features Yo-Motion 2X Technology, which projects 2 short animations of each Yo-kai onto a nearby flat surface. Insert a Yo-Motion 2X Medal into the watch, turn the watch left to see the animated character’s attack mode, then right to see it dance in summoning mode. Animations will appear on a nearby flat surface. The watch also plays summoning sounds, the character’s name, and tribe songs!